Nuvision Heros Michael Pradin: A man always ready to save lives, any day, any time 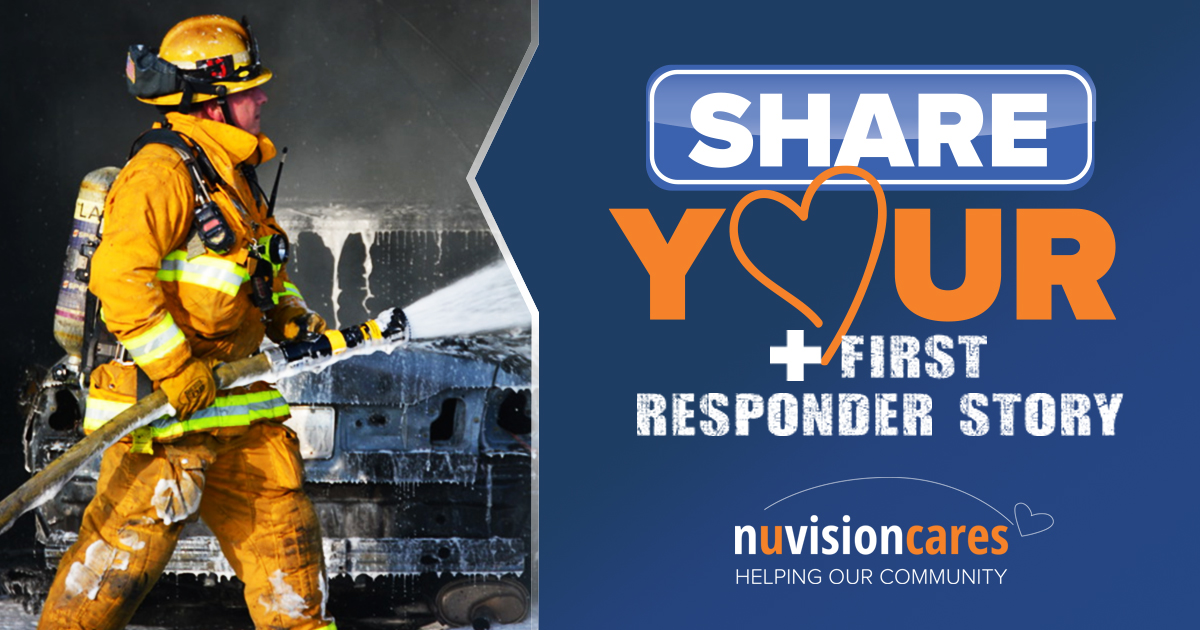 Working 24-hour shifts. Gone for up to 21 days in a row. This has been Michael Pradin’s schedule during his most recent mission: fighting with the California wildfires. “With all the recent fires going on, he has been home maybe 1 day a week,” his wife told us.

Michael, an LA County firefighter and winner of the Valor Award, is a man with a tireless dedication to saving lives. Time after time, he sets aside his own plans to show up when he is most needed. That’s why we’ve chosen to share his story.

Michael is the one there for you in your hardest moment.

“My husband has been there for the worst days for people. Whether it is to save a life, get someone out of a stuck elevator (that happens so much), or be there for the last breaths of an elderly patient on hospice,” his wife said.

During the rainy season, Michael and his crew responded to a call where two people were stuck in a drainage canal. Though they were hard to locate, the team pushed through the pouring rain and dangerous current to pull them to safety.

More recently, Michael was able to save an elderly woman he found hurt in the bushes near his home while off-duty. She was distressed from the recent passing of her husband and had jumped off her balcony. Michael immediately called 911, took her pulse and vitals, and kept both her and her son calm.

No matter where he is or what he’s doing, he’s ready to save the day.

As a firefighter, it doesn’t matter what plans you had—if you get the call, you have to go, whether it’s halfway through dinner or while enjoying a rest day with family.

Michael does this gladly, sacrificing family and personal time for the safety of the community.

“We just celebrated our one-year wedding anniversary at the Station as he has not able to take the day off.” his wife said. 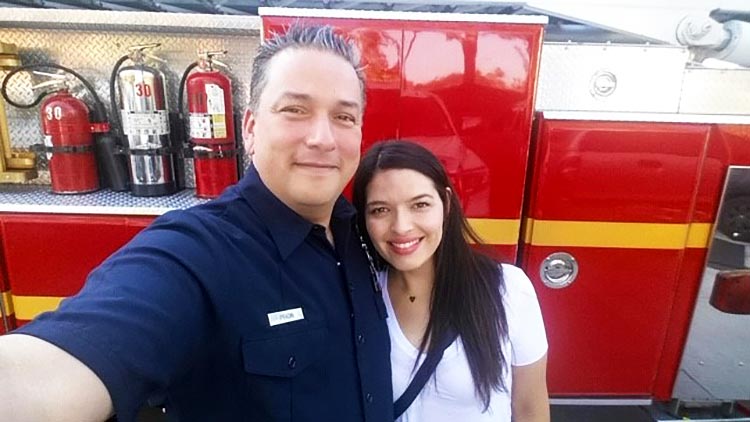 Even through difficult times, he exhibits compassion, courage, and a high level of care.

It’s not just the difficult situations that make Michael stand out. It’s how he deals with them.

Through all the demands of his job and the current crisis, he still makes time to talk with his two kids while he’s away on duty. Only a strong man of character could make a point to stay connected even under such extreme stress.

As he’s often away, his family usually doesn’t get to see him in action. But after witnessing how he dealt with the elderly woman nearby their home, his wife was overwhelmed. “He was so cool, calm, and collected when others tend to freak out in situations like these.” she said, “My husband was so human, so compassionate.”

Michael has been awarded $500 in honor of his relentless bravery.

We’ve awarded Michael with $250 in recognition of his service, and another $250 for him to donate to a charity of his choosing.

Michael is one of many in his department who risks his life every day. Sharing stories like his is just one simple way we can honor heroes who have shown extraordinary courage through their service and inspire future generations to live for something greater than themselves. “These guys go through so much,” his wife said. “His whole station is filled with amazing men and women that put their life on the line every single day.”