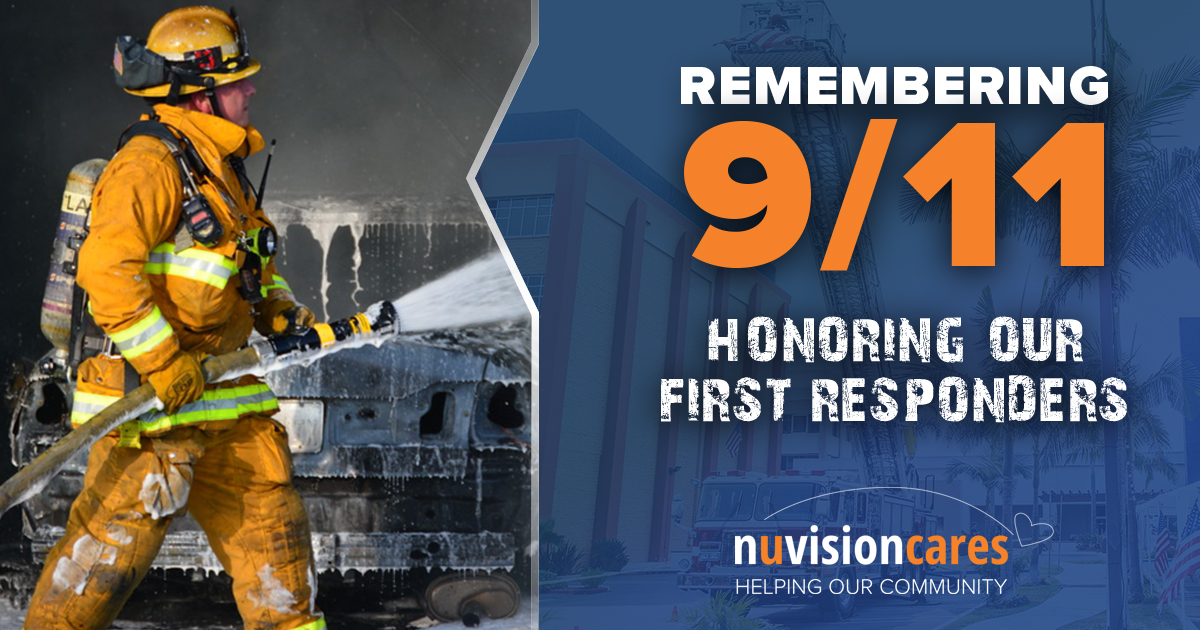 This September, we look back and remember the brave men and women who selflessly responded to one of our nation's greatest tragedies. In doing so, we recognize a special kind of person – a person who is built differently, a person who selflessly runs into the face of danger in service of his fellow man.

While it's now been over 20 years, it's hard to forget what happened and how helpless many of us felt on 9/11. But one thing that day did was highlight the bravery and selflessness of our nation's first responders.

Amid the chaos and confusion of that day, our first responders sprang into action, running into crumbling buildings to rescue frightened workers trapped inside, administering vital care to those with injuries, and evacuating as many people as possible to safety. They did this all knowing the incredible danger they were putting themselves in.

Their swift response became a light to a nation lost in darkness.

Over the years, we have been honored to meet and serve some of our nation's greatest heroes. From celebrating people like Dakota Meyer at our Freedom Ride event to partnering with first responders like Firefighter Cliff Walker, 9/11 responder Dave Badgett and our most recent Nuvion Hero Officer Jon Butler, we are humbled and beyond thankful to be able to work with such great and honorable people.

How we are Thanking our First Responders

This September, Nuvision is holding several events to honor and celebrate our first responders. As we approach the anniversary of 9/11, we want to remember those who gave their lives in the line of duty and honor those who put their lives on the line every day to ensure our safety.

On September 8th, in Huntington Beach, we will be holding a 9/11 Remembrance Luncheon for Law Enforcement. Nuvision team members will be on hand to serve food, greet officers, and honor the sacrifices of first responders in our community.

In Alaska, we will team up with Peppercini to recognize the Anchorage Fire Department's sacrifices to keep our community safe. We plan on delivering over 400 meals to all 14 Anchorage stations on September 8, 9, and 10.

Honoring the heroes in our community is such an important thing to do, and it shouldn't just be limited to a specific holiday. Instead, let's work together to honor and thank them every day.