Nuvision Heroes: A former LAFD fireman, Vietnam war veteran, and 9/11 responder selflessly dedicated to the safety of his community 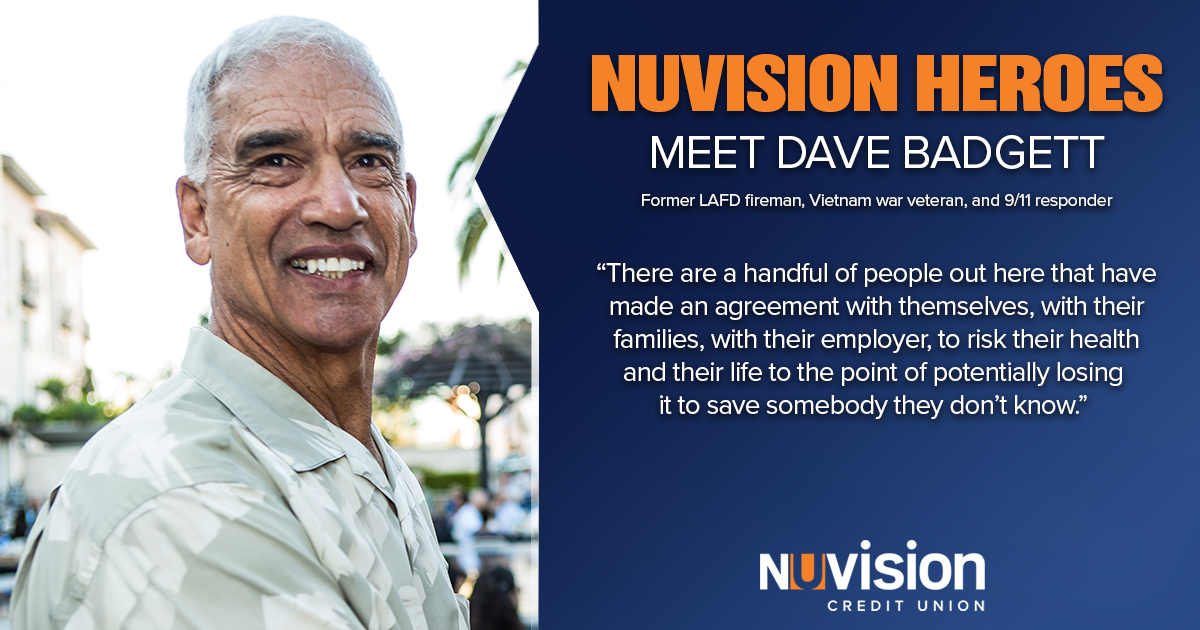 When the news of 9/11 rocked the nation, Dave Badgett was pulling into work. Within an hour, his team was contacted to mobilize. Within 48 hours, they were flying across the country on a private aircraft and being debriefed on the situation.

Dave was one of three in charge of the LAFD Critical Incident Stress Management (CISM) team, a specialty team that provides support to other first responders who are physically, emotionally, and psychologically injured. During his 32 years with the LAFD, he oversaw training for all firemen in the city, faced high-rise fires, shootings, riots, brushfires, and airplane crashes--but nothing compared to the days he spent in New York.

“You could probably go to 10,000 emergencies, moderately bad ones, a bad traffic accident with a couple of fatalities, and not see a single police officer or fireman crying, because we don’t do that,” he said. “At 9/11, you could go 25 feet and see somebody in uniform crying.”

Being a first responder on any day is a tremendous responsibility, one that requires running towards danger, putting strangers before yourself, and living with the daily risk of injury and death. That’s just the agreement, Dave says.

“They know it’s going to happen to somebody. You just never know if it's going to be you.”

But being a first responder on the scene of 9/11 is beyond what most will ever face. Dave is a hero, along with all the other responders who risked their lives that day. For his courage and lifelong dedication to public safety, we are honoring Dave as a Nuvision hero.

The facts, descriptions, pictures, and stories—heartbreaking as they are—cannot fully explain what it was really like at what is often called Ground Zero.

“Nobody that worked the event calls it that,” Dave said. “It was the Pile.”

Without streets or street signs, the only reference points responders had to navigate were pieces of fallout—a 50 ft. piece of steel, an area of lower ground. The air, Dave said, was like “being in a really thick fog.”

“Your distance of vision was 150 feet, maybe,” he said. “And it wasn’t fog—it was powdered glass, human remains, concrete, everything that used to be a building or people in the building."

By sheer numbers, it was devastating. Thousands of civilian deaths. Nearly 100 police officers lost. 343 firefighters killed in a few hours.

As part of a small nationwide search and rescue specialist group, Dave knew some of them.

“Even though NY is on the opposite coast of the country, some of those people, and some of our people, knew each other. Their entire urban search and rescue team was killed that morning,” he said. “Some of those people I had trained with.”

What first responders want you to know 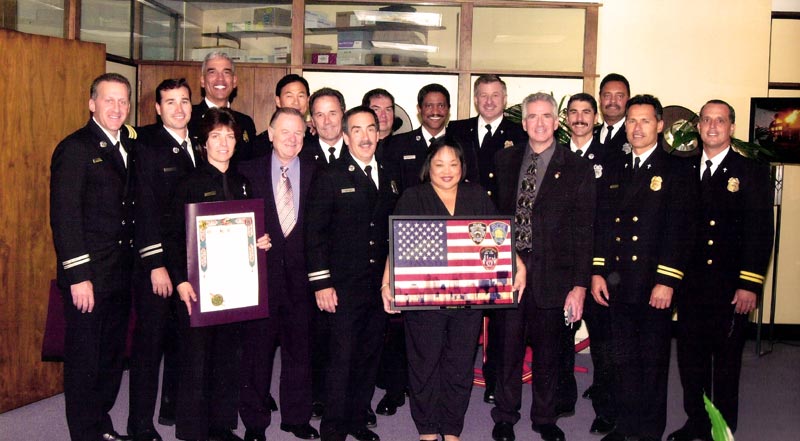 Beyond the surface of representations on TV and popular culture, people don’t often realize how much first responders do.

“There are a handful of people out here that have made an agreement with themselves, with their families, with their employer, to risk their health and their life to the point of potentially losing it to save somebody they don’t know.”

Living where help is so readily accessible, we don’t always think about how much first responders truly do.

“You [can] pick up your cell phone and dial 911 and fully expect that between 4-6 minutes something with red lights and sirens is going to show up and start handling the problem,” Dave said. “There are places in the world the system doesn’t even exist. You have a problem? It's your problem. Figure it out.”

“The general public takes public safety for granted,” he said. Even so, firemen, paramedics, police, and other first responders show up every day, “willing to go into harm's way so that the general public doesn’t have to."

A life dedicated to service 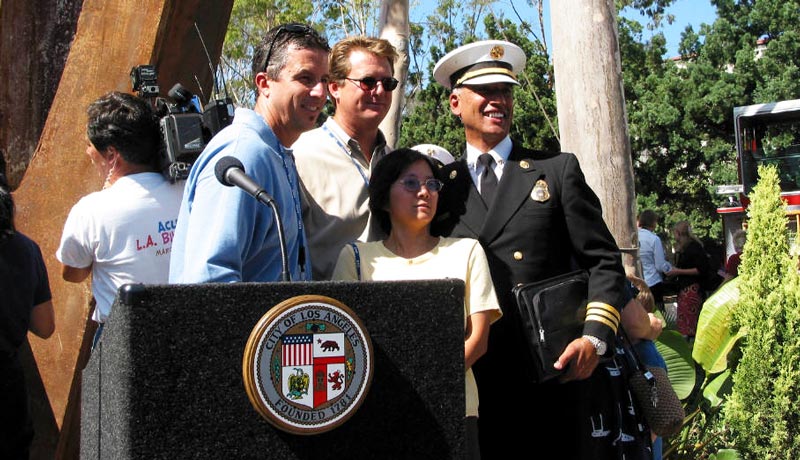 Though retired from the LAFD, Dave is still actively involved in the community and public safety. “If you listen to my daughter, she’d say I’m way too involved with all of those things,” he joked.

Since retiring, Dave has spent eight years as an instructor for the Naval Postgraduate School, acted as a readiness and response capabilities consultant for public safety agencies, served on the American Legion color guard (he is also a Vietnam war veteran), and volunteered with the Battleship Iowa.

Of these services, Dave says his work as a consultant—which has put him in the position of instructing multi-state and multi-country joint organization exercises—has been the most meaningful.

“I have been very fortunate that I have the level of experience that a lot of people just don’t have the opportunity to get,” he said. Between his time managing big emergencies and on specialty teams like Federal Emergency Management Agency (FEMA), Dave’s experience is one as few as two percent of firefighters ever have.

“[What is satisfying to me] is having them come to you, their leadership and the lowest level worker bee in their organization, and tell you that they are better at their job because of what we did for them,” he said. “And then knowing that if tomorrow they have a more complicated incident, they’re going to do a better job for the public, partially because you and your team were able to bring that to them.”

Looking back: A bright spot in an unprecedented disaster 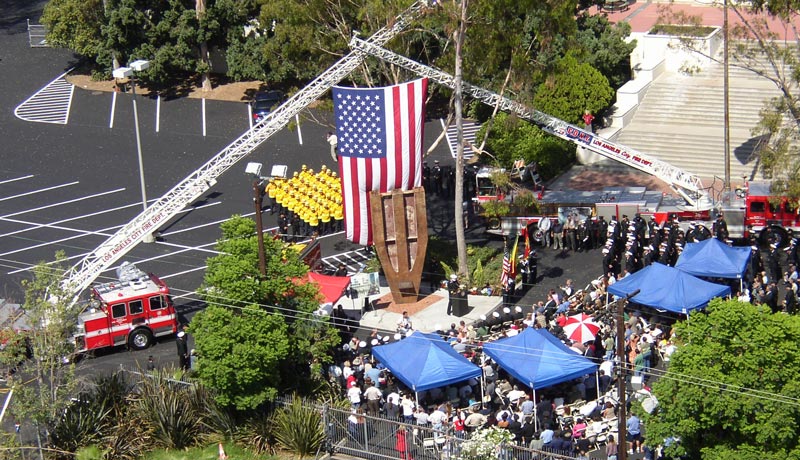 Reflecting on the 20th anniversary of 9/11, Dave mentioned something he shared in an interview nearly ten years ago—the one bright spot that came out of a dark time.

“After 9/11, we actually got along. We put the pettiness aside for a couple of years. And it was a nice feeling,” Dave said.

If he could, he would bring that feeling back.

It doesn’t matter if you live in California, Alaska or Wyoming.  “It's marginally important that person A lives in Garden Grove, person B lives in Huntington Beach, person C lives in Costa Mesa,” he said. “We’re all people. If we function as a team, we’re happier.”

A united community is a powerful thing. And it’s possible when we realize how alike we truly are and how much we have to appreciate.

At Nuvision, finding ways to work together as a team and build a stronger community is something we strive to do each day. But it wouldn’t be possible without the commitment Dave and countless other first responders have made to protect us. We are beyond grateful for the sacrifices and services men like him make for our country and local community. Thank you, Dave, for your relentless dedication to keeping our country safe, free, and strong.