While most Americans still believe in the value of hard work, 38% aren’t so sure, according to a Pew Research study. They don’t think a willingness to work hard is enough to make somebody successful.

Society doesn’t always recognize the virtue of working hard, but Nuvision knows how important it really is. Changing the community requires dedication. We’ve seen this in the stories of our members, and have experienced it in our own outreach efforts.

History shows when it comes to success, it’s perseverance and a good work ethic that counts. Many people got where they are not because they were the most talented, but because they didn’t give up. These people changed the world.

"Opportunity is missed by most people because it is dressed in overalls and looks like work." – Thomas Edison 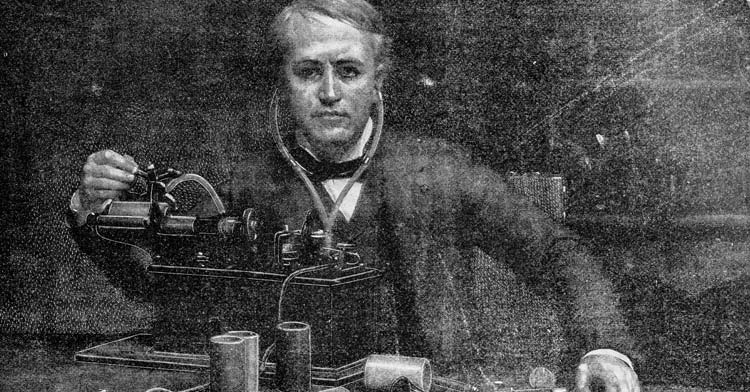 As a child, Thomas Edison was told by his teachers that he was “too stupid to learn anything.” Little did they know, Edison would become one of the greatest businessmen and inventors in the country’s history. That position was earned in part because of his intelligence, but mostly due to his work ethic.

Thomas Edison took his work seriously. He was known to nap throughout the day in lieu of a full night’s rest in order to stay ahead of the competition. His efforts paid off. Over his lifetime, he was able to secure 2,332 different patents.

When it came to his most famous invention, the lightbulb, Edison had to work especially hard. Existing electric lights worked for only a few minutes. They were inefficient and unsustainable methods of illuminating a room. They certainly weren’t commercially viable.

Edison’s perseverance changed that.  By finding pushing through the “10,000 ways that didn’t work,” Edison was able to get to the one that did. Thanks to his unwillingness to give up, we can flip on the light switch without a thought.

“Get a good idea and stay with it. Dog it, and work at it until it’s done right.”– Walt Disney

Walt Disney--the epitome of creativity and the source of classic movies like Snow White, Marry Poppins, and The Lion King--was fired from his local newspaper in his early 20s because he “lacked imagination and had no good ideas.” Even his iconic and beloved Mickey Mouse was rejected by over 300 bankers before it became successful.

What characterized Disney’s work was a faith in his own ideas and tenacity with which he held onto them. He knew they were good—it was just a matter of time before others saw that too. Creativity doesn’t matter if you give up when things get tough. Disney shows us the key ingredient is to, as he says, “keep moving forward.”

"In the DC-3, he did almost everything. He knew every bolt and screw in that plane." – Stephen, Arthur E. Raymond’s grandson 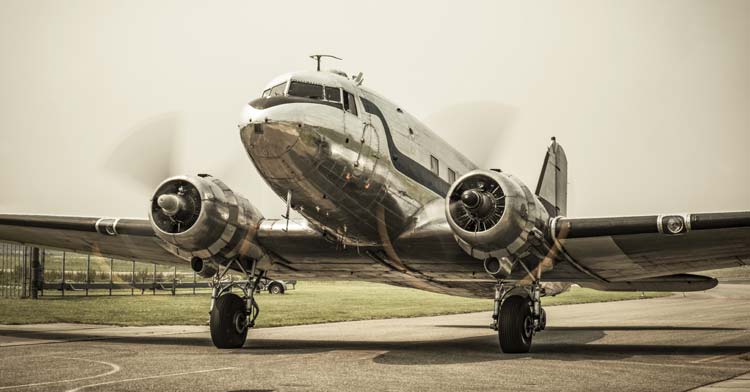 Arthur E. Raymond was the genius behind the timeless DC-3 plane used in everything from commercial air traffic to military transport in World War II. He started as a young man and new MIT graduate with his sights set on Douglas Aircraft—the company Nuvision got its start serving. Recent innovations by the company, like creating the first aircraft to circumnavigate the globe, led him to believe in the opportunities that lay there. He repeatedly visited company grounds inquiring about a position there. His persistence didn’t initially get him an engineering job, although he did accept one in manual labor. It was a foot in the door.

He quickly rose to the position of engineer, becoming an instrumental part of the company and eventually assuming the role of chief engineer. For 15 years, he led engineering teams through the developments of rockets and missiles and improvements to existing planes. His hard work in the field and contributions to aerospace technology earned him numerous accolades and awards.

Your efforts are worth more than you know.

From those who have been here since the beginning, working hard at Douglas aircraft to change the world of aeronautics, to those who have started their own businesses or spend time raising families, every Nuvision member makes a difference.

You are the ones changing our community for the better. At Nuvision, we support you through it all. In every season of your life, we want to be there to help you. That’s why we work so hard to provide financial education, community outreach, and unique experiences for our members.

We’re the credit union for hard-working people. People like Edison, Disney, and Raymond. People who have a dream and don’t give up. People just like you.

To learn more about the ways we support our members, visit the rest of our blog here.