Giving back to our Military: A look at the Nuvision Veterans Day Gas Giveaway

Yesterday, Nuvision honored our heroes on Veterans Day with special events in all our markets. We were honored to be able to give back to those who give so much to ensure our freedoms. We would like to give a big thanks to all of the Nuvision volunteers who came out on a holiday to serve our military and our veterans. It’s because of the compassion of our Nuvision volunteers that we are able to pull off events like this.

In Southern California, Wyoming, and Alaska, we hosted special events and giveaways to honor our veterans and active duty service members. Throughout all of the regions that we serve, we were able to meet with and give back to hundreds of active duty military and veterans.  We’re extremely grateful for how amazing the turnout was at all of our events, so we wanted to share a little bit about each. 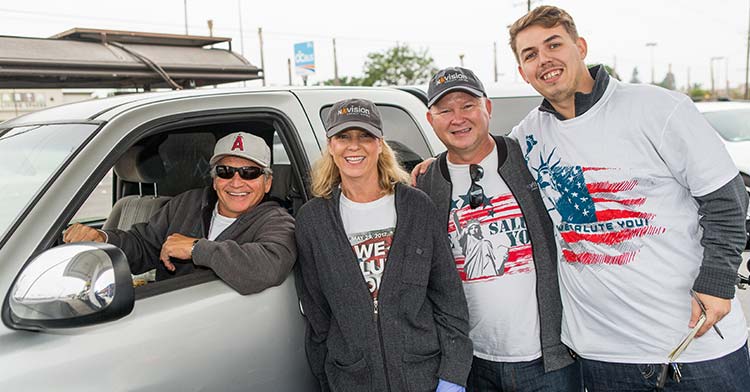 Veterans began showing up at the G&M Gas Station bright and early and the streets surrounding the gas station quickly started to fill up. By 8 am, our awesome team of Nuvision volunteers was already pumping gas and meeting with our service members. The Nuvision team had over 35 members, which included several members of Nuvision executive leadership and our CEO Roger Ballard. For the next two hours, we filled more gas tanks than at any of our previous gas giveaways in Orange County.

We would like to give a big shout out to some of the awesome groups who showed their support and came by to lend a hand. We had presentations by Sgt Col Graham, the Seal Beach Sea Cadets, and the Lakewood High cadets. The Marina High School cheerleaders and football teams also came out to support the cause. Both groups’ really helped make this one of our best events yet.

How much Gas we Gave away:

It was a huge success; in fact, this was the most gas we’ve pumped yet! After filling a total of 302 cars with 4,506 gallons of gas, we were able to hit a Nuvision record!

Thank you to all of our volunteers who came out to help. We could not have done this without your hard work and support.

You can see all of the pictures from the event here on our Facebook Page! 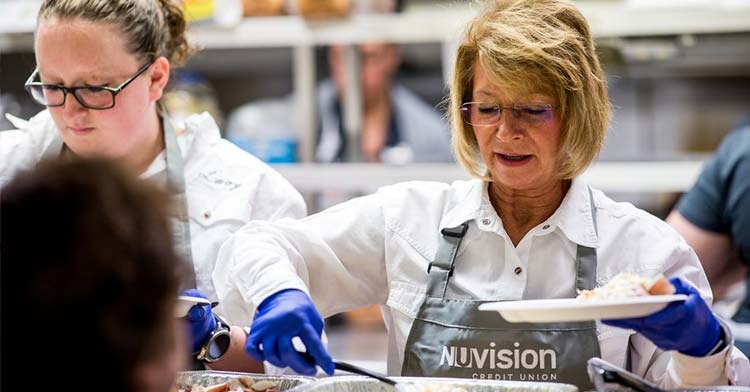 Nuvision team members were honored today, for the second year in a row, to serve lunch to those attending the annual Veterans Day ceremony at American Legion Post 6.

The main event, hosted by American Legion Post 6, featured a memorial, speakers, and appearances by the governor and congressman. Once the ceremony concluded, Nuvision served lunch. The meal was catered by Ruby’s BBQ.

We are grateful to Post 6 for hosting such a wonderful ceremony, and allowing us to show gratitude to veterans in our community! Today and every day we are thankful for the sacrifice and courage of those who have served our nation.

Thanking Veterans in Alaska with free gas and free food

In Alaska, we hosted multiple events and giveaways for local veterans and active duty military. It all started with the gas giveaway kick-off event on November 6th when we invited our service members to come in for coffee and doughnuts. On arrival, we gave them all $50 Chevron gas cards.

We were so excited to be able to thank so many brave men and women for their service and give them a small token of our appreciation.

On Monday, we hosted our first Veterans Day luncheon at the American Veterans Post 2 in Anchorage. T Harvey Combo came to entertain our guests with live music, and commander Mark Stromsky was there as our lead military representative. Everybody was treated to a free Thanksgiving Fall Feast catered by Pepperoncini, a favorite local deli. Twelve of our own Denali team members volunteered to serve the nearly 100 veterans who attended.