Three recent, high-profile data breaches have put your personal and financial information at risk. Media reported that hackers and cyberthieves now have access to millions of accounts and user data from Panera Bread; Saks, Lord & Taylor; and Under Armour’s MyFitnessPal.

According to Brian Krebs, an independent investigative journalist who writes about cybercrime, “Panerabread.com … leaked millions of customer records — including names, email and physical addresses, birthdays and the last four digits of the customer’s credit card number — for at least eight months before it was yanked offline [on Monday, April 2].” 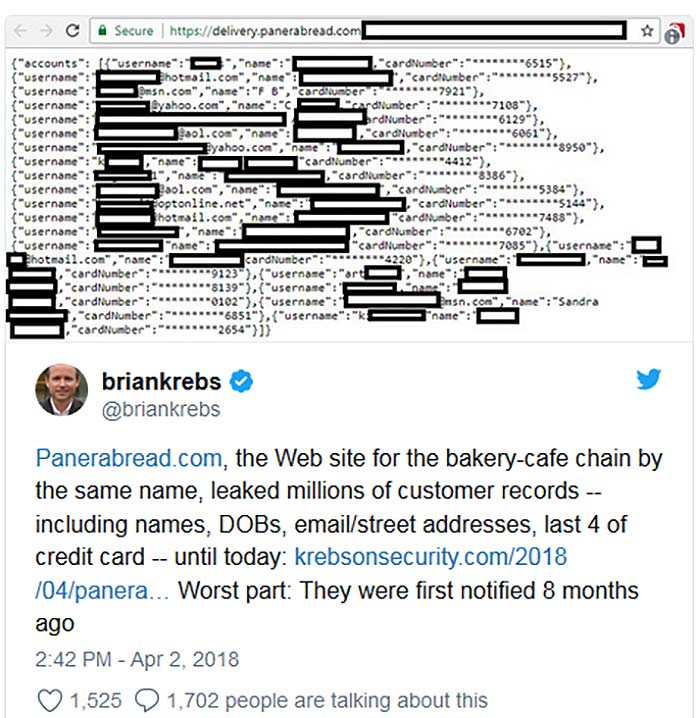 Last week, Under Armour revealed, “about 150 million user accounts tied to its MyFitnessPal nutrition-tracking app were breached earlier this year,” according to the Orange County Register.

Becoming a victim of a data breach is not a question of “if,” but “when.” Although there is no fool-proof way to prevent it, you can reduce your risk. One way is to create strong and unique passwords for every account.