Income in the digital age: How the next generation is making their living

With the information age rapidly transforming everyday life, entirely new ways to earn that would have been inconceivable just a few years ago are popping up left and right. Many of these income-generating activities don’t even look like jobs, at least not in the traditional sense. 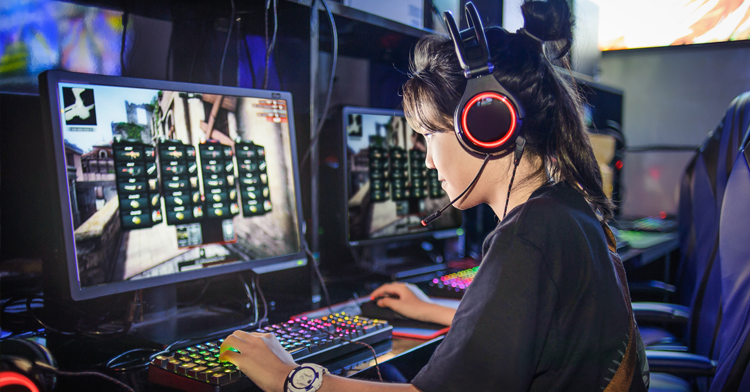 Gaming for a living—the world of esports

If you told someone in the early nineties that people will make millions by playing the same game every day for a live audience spread across the world, they’d have called you crazy. Yet today, it’s a reality.

More and more players and viewers connect through popular games thanks to the ease of access provided by streaming services like Twitch and Mixer, and constant connectivity through smart devices.

More viewers means more ad revenue, which means larger prize pools and greater interest from competitors, who in turn draw in more viewers. According to Statista, the eSports industry pulled in $865 million in 2018, and is expected to grow to $1.79 billion by 2022.

The takeaway? While you can become a millionaire if you’re really good at a certain game, just like the regular sports world, being “really good” doesn’t cut it - you need to be top-of-the-rankings, 0.1% tier good. Most professional eSports athletes who sign with the largest teams practice 8 or more hours a day, every day. With the size of some tournaments’ prize pools, it definitely seems worth it.

But for those who are never going to reach professional status, there is still money to be made.

The possibilities are endless online—and age is irrelevant

A 16-year-old who goes by the screen-name “Bugha” recently made international headlines by being the solo champion of this year’s Fortnite World Cup. Real name Kyle Giersdorf, the competitor stunned viewers with a world-class performance, winning with a 26 point lead on the second-place competitor. He took home $3 million.

It isn’t all about the athletes in eSports, either. Organizing these tournaments brings in a great deal of profit too - though you need a lot of resources and connections to pull that off - but working as a coach, caster, or in some other position with one of the professional teams can also land you a high salary.

The reach of the industry is even greater than is immediately apparent. Many eSports athletes also moonlight as streamers. Streaming gives athletes a chance to interact with their fans more closely, but it’s hardly restricted to them. Anyone can stream their gameplay using free platforms like Twitch and build and audience. With a bit of effort, you can grow that audience to a point where streaming turns into a source of income.

Side hustles are extremely diverse, and anyone can find with increasing ease something to complement their salary with. Blogging, running a webcomic, or starting a website that focuses on, say, eSports news are all side hustles with a great deal of earning potential.

By building a following on social media and or through game streaming, an individual’s activity becomes a valuable vehicle for marketing. If several thousand people follow you on a site like Instagram, those are several thousand potential customers a company might pay you to advertise to. Even if that isn’t something you want to do, those followers create value - you can sell off your Instagram account for a pretty penny.

But it doesn’t stop there. Much like eSports, every other day an entirely new way to earn money pops up that wouldn’t have been possible, or even conceivable, a decade or more ago.

With the increased focus the tech world places on artificial intelligence, you don’t even need to play video games in front of a camera or have the eyes of thousands on you - simply being human has value that can be turned into a job.  Artificial intelligence requires indexing, transcription and data entry to feed information into the program and help the machine learn to recognize things as a person would. By completing simple tasks like taking online surveys, identifying items in an image, or describing videos—you can make money.

These new industries, fueled mainly by the younger generation, rely on technological advancements that create new ways to engage with consumers, or the creation of entirely new economies.

New opportunities turn up every day, and will only keep growing.

Both eSports, and the various side hustles that are enabled by the increasing reach of the internet and the interconnectivity between smart devices and our everyday lives are snapshots of how rapidly society is changing, and just how closely tied to technology it is. Just like how these hustles were impossible not too long ago, we can’t predict what kind of new ways to make some extra money on the side will pop up years from now - especially if we account for the exponential development of tech.

No matter what road you take, Nuvision has you covered. Technology changes, but the quality of our savings and checking accounts don’t. As you venture into new fields and explore new ways to generate income, you can trust us to be there for your banking needs. To learn more about how we can help, click here.